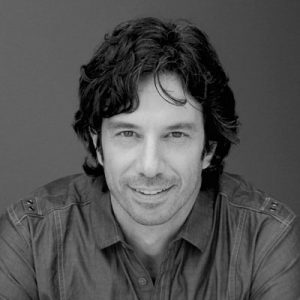 When XiteLabs co-founder Greg Russell graduated from Colgate University with degrees in Neuroscience and Music, he wasn’t quite sure what the future held. After gaining experience in Sony Music’s art department, he started Tandem Digital in 2000. The company then became active in film & television visual effects and title design. In the process, Tandem became a trusted resource for producers, directors, and concert video directors. They went on to create stunning concert animations for Rock & Roll giants RUSH and KISS, as well as fabrication and set designs for Neil Peart’s incredible “Time Machine” drumset.

More recently Greg directed branded experiences for some of the biggest companies in the world, including GE, Microsoft, and Disney.

Greg powerfully co-creates with his clients from the first brainstorm session to the delivery of the final, polished showpieces. Working alongside of event producers, Fortune 500 Corporations, popular music groups, and agencies, Greg maintains an unwavering focus on achieving a unique vision for each experience and brand as a whole. 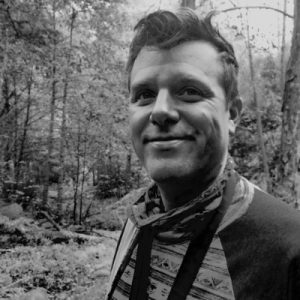 XiteLabs co-founder Vello Virkhaus is a native of Kalamazoo, Michigan. After graduating from School of the Art Institute of Chicago, Vello went on to craft a niche in the  live event industry as one of the early pioneers of VJing. Creating visual content for some of the world’s largest and most well respected festivals such as Ultra, Coachella, Outside Lands, and numerous others, Vello gained a reputation as one of the world’s foremost VJs. 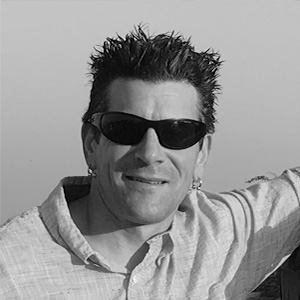 For the last 25 years Emile has designed and developed effective digital and award-winning productions. Emphasizing image mapping, CG animation, digital scenic, and widescreen formats, Emile constantly stays ahead of the curve in his field of expertise. His technical knowledge and understanding of the various complex live production components is evident through his video production, graphic development, and onsite media playback work.

Working in over 22 countries around the globe, Emile guides clients through the production of small and large-scale projects worldwide, with a unique ability to break down language and technology barriers. Emile’s devotion to high quality work and meeting deadlines makes him an industry go-to for many Fortune 500 clients. 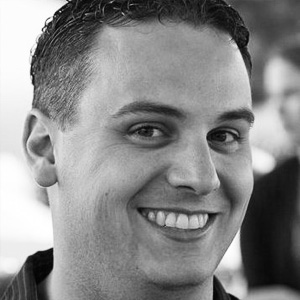 In 2004 Jeremy Vannix formed Liquid Productions [LP], teaming with a group of highly skilled industry associates. Since that time LP has worked on a multitude of film projects such as national television shows, prime time commercials, and award-winning films. In the process, Jeremy has found the most passion and success as a visual effects artist and editor. In 2010 Jeremy won the Award for “Achievement in Filmmaking” at the Las Vegas International Film Festival. In 2012 he then directed and edited the short film “Favor,” which was nominated for Best Comedy at the 168 Film Festival in Los Angeles. He later went on to supervise all visual effects and post-production for the documentary “Napa Valley Dreams,” a film finished in 4K (IMAX Resolution) with state of the art Dolby ATMOS Sound™ and the made for TV film “Miracle at Gate 213” that nationally aired Christmas Eve on NBC.

Celebrating his expertise in the area of cinematic arts, Jeremy serves as Adjunct Professor of Film at La Sierra University in Riverside and he also guest lectures at California State University Channel Islands. In his spare time, Jeremy mentors many aspiring filmmakers as he strives to instill hope in the future of cinema. 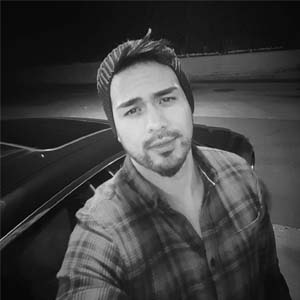 Diego Castro first began his career as technical creative in live performances and conferences. Working in positions such as Lead LED Tech and Lead DMX Systems with artists such as Busta Rhymes, Marshmello, Lil Uzi Vert, and Chris Lake, Diego brings his technical expertise and team player mentality to every production he works on. More recently becoming fully immersed in the virtual production game, Diego is well versed in multiple virtual production pipelines, such as nDisplay , Renderstream, and green screen. Now officially part of the XiteLabs team, Diego has played an integral role in the company’s work with Fortune 500 clients such as Microsoft and music artists such as Bryson Tiller and Lil Nas X. 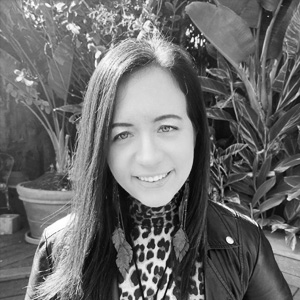 Born and raised in Southern California, Sylvie Barnett has devoted her life to music and the art of production. Fostering her tremendous love for music and the arts, Sylvie earned her Master’s degree in Music Industry Administration from California State Northridge and a Bachelor of the Arts in Communication (Entertainment Studies) from the University of Southern California with Minors in Music Industry and Screenwriting. Integrating herself into west coast festival culture as it first began to take shape, Sylvie found herself working with artists such as The Glitch Mob, Shpongle, Random Rab, and EOTO early on in their careers.

Throughout the years, Sylvie has gained significant experience across a multitude of areas including but not limited to event management, project management, business development, marketing/public relations, talent acquisition, and artist representation. After working on a multitude of events and festivals such as Echo Park Rising, Kanye West’s Sunday Service, Adult Swim Festival, Revolt Summit, Minimal Effort, Burning Man, and Oregon Eclipse, Sylvie remembered that what she loved most about music was the creativity behind live shows, most specifically the worlds that can be created through fully immersive experiences. Now working as the office and studio manager at XiteLabs, Sylvie is excited to bring all of her experience to the forefront. She strives to be an instrumental force in virtual and creative production as well as elevate and contribute to XiteLabs’ growth and expansion. 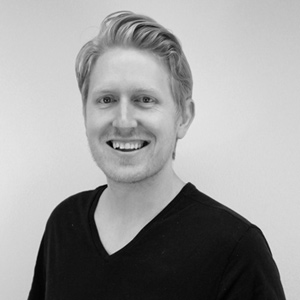 Brian is one of those people that you wonder about. How is it possible for someone to be so nice and always bring a smile to the studio, yet be such a solid and creative artist? We’re still trying to figure that out. Whether it’s creating beautiful animations in C4D or building custom guitars, Brian is a true creative, and a gem of a guy. 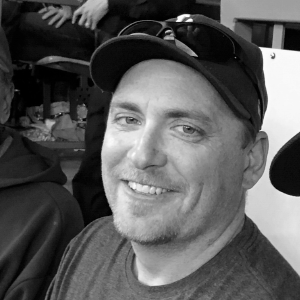 Kevin Aguirre is a Southern California native, and a wonderful CG Artist! He studied Photography and Multimedia all throughout school, eventually taking his first job with Maxon Tech Support in 1999 – 2004 where he wrote a number of training materials and demo presentations for several trade shows such as Siggraph & NAB. This led him into production work as a previsualization artist for several films, including Mission Impossible 3, Mission Impossible: Ghost Protocol, Star Trek, Rise of the Planet of the Apes, and Justice League. Full IMBD List here
Kevin also worked in Broadcast and Sports Graphics for several years with Cake Studios doing projects for DirectTV Red Zone, the Denver Broncos, Pac12 Network, and MLS.
Kevin joined the XiteLabs team in 2019 for Blue Shield, then continued on with the Diriyah project and continues to work on our Virtual XR projects. 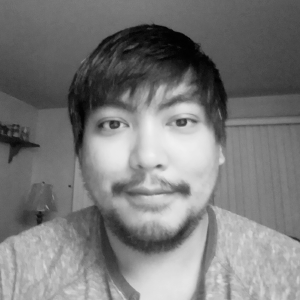 Rodel Aragon could easily be called a one man technical army. Spending the last half decade mastering computer languages such as C++, C#, and Java and programs such as Unreal Engine and Unity, Rodel is a well versed developer. Graduating in 2020 from Baker College with a degree in Game Software Development, Rodel maintained a spot on the Dean’s and President’s List throughout his time there. Upon graduation, Rodel officially began his professional career at XiteLabs.

Now an integral part of XiteLabs’ XR team, Rodel brings a high level of technical skill and creative ingenuity to everything he touches. Programming, modeling, and texturing new environments and fully immersive experiences on the daily, Rodel has since worked with clients such as Fox Sports, Microsoft, and Columbia Records. An avid gamer, Rodel dreams to one day create his own video game that brings his passion for creating alternate worlds to the forefront. 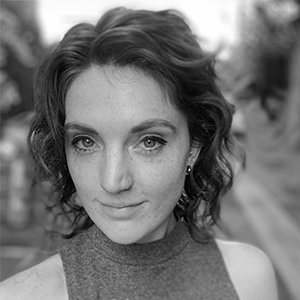 Bobbie got her start in visual effects for film and media at the University of Utah. Her love of VFX and Virtual Reality led her to Los Angeles where she took an internship at a Virtual Reality studio as a Junior Compositor. Soon after she became a Video Tech at Avalon Hollywood; VJing for local and touring DJs as well as special events. She continues to create content and VJ for other EDM festivals and DJs in the LA area.

She joined XiteLabs in 2020 to assist in managing a few major projects. She now wears many hats at the studio and can be found editing videos, designing motion graphics, creating 3D assets, operating the camera jib, and assisting the Technical and Creative Directors with anything that might come up. She definitely found the perfect place to utilize her many talents! 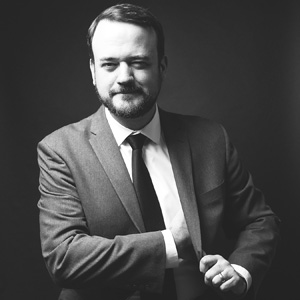 Pierce Cook was first driven by his inspiration to work in cinema after spending the entire summer of 1993 in a theatre watching the riveting dinosaurs in Steven Spielberg’s classic film “Jurassic Park.” Fascinated by the imaginary worlds that only the cinematic arts can portray, Pierce graduated from the University of South Carolina in 2005 with a degree in film. Working as a freelance cinematographer and director since that time, Pierce has taken behind the camera roles on countless commercials, dozens of short films, and nearly half a dozen features. Working for major studios such as Warner Brothers, Universal, Sony, Disney, and ABC, his key projects include “Star Wars,” “Jurassic World,”  “Terminator,” “Friends,” “The Big Bang Theory,” and “Spiderman.” He has also worked for leading organizations and companies such as the NBA, The NCAA, and Mattel. What lights Pierce up most of all is creating high quality work with passionate people. When Pierce isn’t working, he enjoys high quality cuisine and spending time with his amazing family. 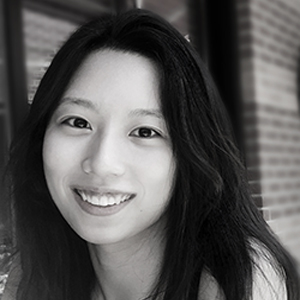 Myokyung is an international scenic, production, and multimedia designer for theatre, film, live performance, and entertainment. After earning her BA in Creative Media from the City University of Hong Kong and working on a major commercial advertisement there from 2016-2018, Myokyung then enrolled in CalArts’ prestigious MFA program in Scene Design. During her time at CalArts, Myokung found herself working in theatrical scenic design and film production design around the Los Angeles area. Myokung discovered that what fascinated her most was the emergence of live performances within virtual worlds.

Upon graduating from CalArts, Myokung officially came onboard with XiteLabs as a scenic designer where she has since worked on projects with clients such as Microsoft. Carrying extensive interdisciplinary experience across various mediums, Myokung strives to bring her unique multicultural perspective to the rapidly changing digital sphere. 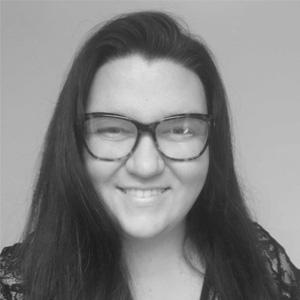 Valerie followed her passion for computers and decided to study computer science at Baker College with a focus on programming. While at school she found that she loved the problem solving challenges of coding and enjoyed learning the nuances of different programming languages. Motivated to better herself and to find a worthwhile career, she joined XiteLabs to put her programming skills to work. She helps build more dynamic worlds made in Unreal Engine using C++. Outside of work, Valerie enjoys playing video games, listening to music, attending concerts, and reading fantasy novels.